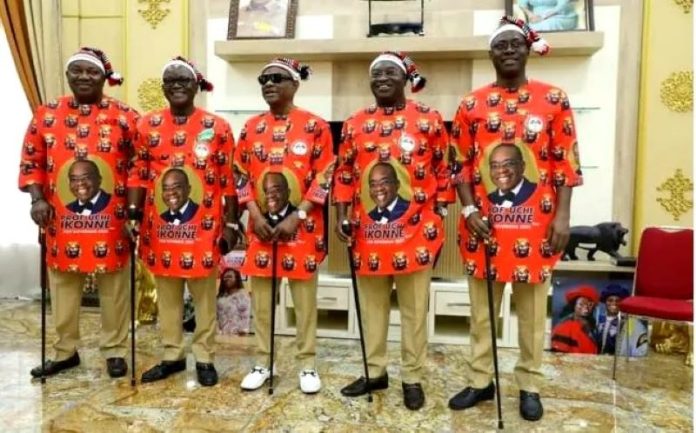 A former commissioner in Rivers State has revealed that three out of the five aggrieved and rebellious governors of the Peoples Democratic Party have decided to pitch their tent with Labour Party presidential candidate, Peter Obi for the 2023 election.

Better known as G5, the governors, who are currently meeting in London to reach a consensus on which presidential candidate to throw their weight behind ahead of next year’s polls, have been at daggers drawn with their party for breaching the zoning arrangement for political offices.

The ex-Rivers commissioner, who spoke in confidence, according to NAN, made the revelation while briefing some reporters in Abuja on Wednesday.

The source confirmed that the agitation by the G5 governors is now hinged on power shift to the South in accordance with the Lagos declaration by the southern governors.

The source mentioned that while three out of the five governors rooting for the LP presidential candidate are spurred by Obi’s impeccable and sterling records, the other two are being careful because their choice could have a good or horrific impact on their political survival.

She stated: “You know the Presidential contest is like a beauty contest, where only the registered participants are considered. The G5 governors agree that Obi is not a saint, but comes with fresher characteristics than the other candidates.

“In the first place, it was these contrasting qualities, plus Muslim-Muslim ticket that attracted the mass following among major electoral demography, the youths, across the length and breadth of the country for Obi.

“So, I can tell you authoritatively, the three governors in support of Obi are contending that although APC has spread, it will be disastrous and suicidal if they support Tinubu with awkward ticket against their people, majority of who are for Obi.

“The three governors are therefore mindful of Electoral Act 2022 and the enormous powers and independence it has given to the electorate.”