There was a mild confusion at a wedding over the weekend when Peter Obi, Presidential Candidate of Labour Party, was welcomed into the reception by the guests with a song normally crooned by supporters of Asiwaju Bola Tinubu, national leader of the All Progressives Congress (APC).

The song, which associates of Tinubu refer to as his anthem, is used to underscore the imminent actualisation of his presidential ambition.

The anthem is usually chanted in gatherings where political allies of the APC Presidential Candidate honour him.

However, when Obi, who is fast gaining popularity, especially among young people, in the build up to the 2023 elections, walked into a wedding reception in Lagos, the atmosphere got charged.

Immediately the MC announced his arrival, the wedding guests rushed to take pictures with him, while the band changed its song to Tinubu’s anthem, but without mentioning the name of Obi’s rival in the presidential race.

A Twitter user simply identified as Dave shared a a video of the incident with the caption: “Someone was mobbed at a wedding in Lagos yesterday.”

The video has been widely shared by supporters of Obi known as #Obidients on social media.

Recently, Tinubu and Obi engaged in a war of words.

Tinubu, in a statement issued by his campaign spokesperson, Bayo Onanuga, had warned Obi to call his supporters to order and allow the 2023 general election to be about issues that will advance the growth, progress, and stability of Nigeria.

He asked Obi to stop his supporters from “spreading lies, malice and denigrating other candidates”.

Reacting, in a statement issued by his Media Adviser, Valentine Obienyem, Obi said some of his opponents originated fake news, published them under false names and ascribed them to him or his supporters.

“Nigerians know the truth and that such gimmicks used to deceive them would no longer work,” he added. 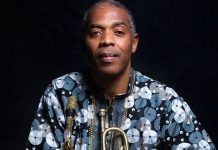 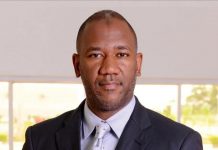