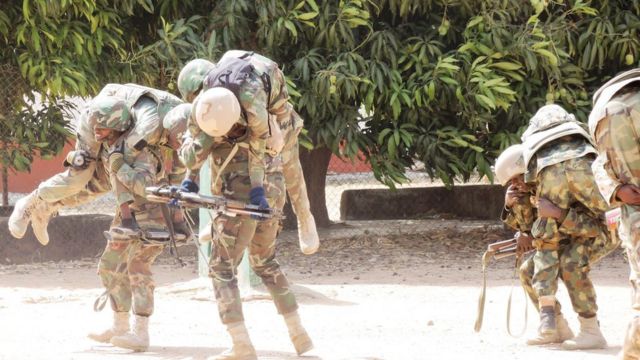 The Nigerian Army has cleared the air on the deluge of resignations that hit the institution recently.

Some 243 soldiers were said to have resigned from the the army owing to entrenched corruption and low spirit.

The army also confirmed the development, saying it recently approved the disengagement of a Warrant Officer and 242 others in various formations across the country.

It, however, debunked reports that the mass voluntary retirement of its personnel was triggered by corruption within the military top brass or appalling conditions of service.

The army made the clarification in a statement issued on Saturday by its Director of Public Relations, Brigadier General Onyema Nwachukwu.

In the statement titled ‘Voluntary Retirement Or Discharge Is A Routine In The Nigerian Army’, It noted that voluntary retirement was a routine in the army and, therefore, not linked to low morale or corruption. 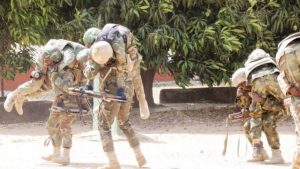 It partly read, “The allegation that soldiers of the Nigerian Army are proceeding on voluntary retirement due to alleged corruption, poor service conditions and low morale as recently reported by some media outfits in the social media is nothing but a concoction of the imagination of the unrepentant enemies of the nation and mischief makers and should be outrightly discountenanced by the public.

“The subjective and unethical report is a distraction and another failed attempt at dampening the morale and fighting will of the loyal, dedicated and patriotic fighting force of the NA.

“Perhaps these impenitent mischief makers need to be schooled to understand that the NA is not a conscript Army and that recruitment into the NA is voluntary with extant policy on discharge and retirement of soldiers and officers respectively, like other organizations.

“This provides its personnel the opportunity to apply for voluntary discharge, when they deem fit and meet the terms and conditions as
stipulated in the Harmonized Terms and Conditions of Service soldiers/ratings/airmen (Revised) 2017.

“It is thus, the inalienable right of a personnel to voluntarily or on medical grounds apply for discharge, if they meet the terms. It is therefore not an aberration that the COAS granted approval for 91 NA/32/4792 WO NDAGANA ISHIAKU and 242 others to voluntarily discharge from the NA, as being unprofessionally manipulated by some media.”