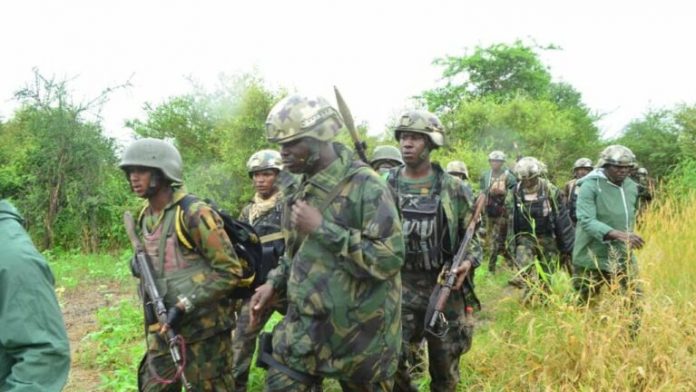 The insurgents, including their gang leader, Abdulkarim Faca-faca, were killed in an airstrke in Safana Local Government Area of the state on Saturday.

According to the the locals, while some of the terrorists escaped with gun wounds, all their rustled animals perished in the airstrike.

“It is true. Nigeria Air Force raid the area late evening yesterday, Saturday and the mop up operation extended to this morning. Bandits leader, Abdulkarim and eight of his boys were killed in the process,” DAILY POST Runka as saying.

Runka also noted that the remains of Faca-faca and his gang members were buried in his home town, Marina, Sunday morning.

Abdulkarim Faca-faca, is suspected to be among the terrorists gang that led the attack on President Muhammadu Buhari’s advance convoy to Katsina during the last Sallah holiday.

Similarly, the Katsina State Police Command also succeeded in raiding some terrorists hideouts at Tandama Village in Danja LGA of the state. Six persons abducted by the assailants were rescued in the course of the operation