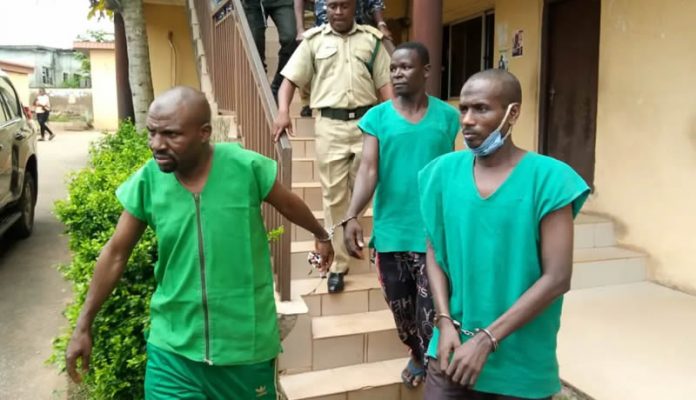 Court has sentenced killers of Pa Fasoranti’s daughter to death.

The killers of Mrs Funke Olakunrin, the daughter of the Afenifere leader, Chief Reuben Fasoranti, has been convicted by the Ondo State High Court sitting in Akure.

The presiding judge, Justice Williams Olamide found the three persons indicted guilty of involving in murder, kidnapping and armed robbery and sentenced them to death.

The convicts are Awalu Abubakar, Muhammed Shehu and Adamu Adamu.

The deceased was killed by the convicts along Benin-Ore-Shagamu Expressway in the Ore Odigbo Local Government Area of the state in June 2019, on her way to Lagos State.