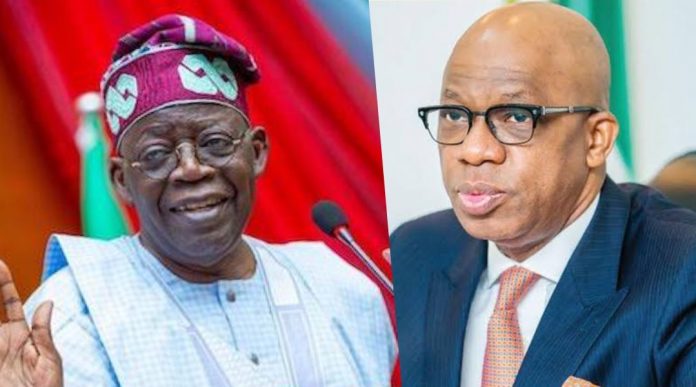 Gov. Abiodun has told Tinubu that he didn’t make him governor

Ogun State governor, Dapo Abiodun, has reacted to claims by All Progressives Congress national leader, Bola Tinubu, that he made him the governor.

Dapo was the target of Tinubu’s  tirade yesterday in Abeokuta after an unsettled Tinubu bare his mind on what he perceived to be conspiracy to frustrate his presidential ambition by those he had helped in the past.

In a thinly-veiled response on Friday, Dapo played down the role of Tinubu in his emergence as Ogun governor in 2019.

The humiliated governor also said he is not an emperor with an entitlement mentality.

“I am not an emperor by any chance and this is not my family inheritance,” the Ogun governor tweeted on Friday morning. “I am holding this position in trust for all the people of this state and I have vowed to be fair, just and equitable and this is the solemn agreement I made between the Almighty God and myself.”

Tinubu has insisted that he has to be the next president of Nigeria. He was in Abeokuta on Thursday afternoon to meet delegates of the ruling All Progressives Congress.

“This one sitting behind me, Dapo, can he say he could have become a governor but for me?”  Tinubu said derisively while pointing at Abiodun.

The governor did not fire back at the event, but he appeared visibly humiliated.

Also at the gathering, Tinubu also claimed credit for making Muhammadu Buhari president in 2015, as well as his political favours to Atiku Abubakar, Nuhu Ribadu and other personalities across the country.