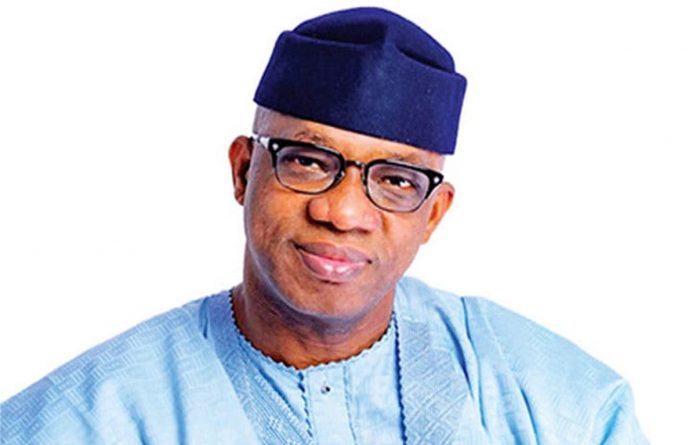 Dapo Abiodun has said he will be supporting Osinbajo presidential ambition

The governor announced his unalloyed support for for the vice president’s bid at a stakeholder meeting with the VP held at the Akarigbo Palace Sagamu, the Alake Palace in Abeokuta and the Presidential Lodge, Ibara, Abeokuta

Abiodun also said he would rally his cabinet and other stakeholders in the state to work towards the materialisation of Osinbajo’s ambition.

The presidential ambition of the vice president and  former Lagos state governor, Ahmed Tinubu, has put the duo on a collision, hence causing division among the members as to where to pledge their allegiance.

The duo, who are bigwigs in the All Progressives Congress (APC), were close associate as the vice president was the commissioner of justice in Lagos state when Tinubu held sway as the governor of the state.

It has also been touted in some quarters that Tinubu single-handedly worked towards the emergence of Osinbajo as president Muhammadu Buhari’s running mate in 2015, hence the label of betrayer slammed on the VP by some Tinubu supporters when the VP declared interest in the presidency.

According to Daily Trust, Abiodun had been in dilemma over who to support between Osinbajo and former Governor of Lagos State, Bola Ahmed Tinubu.

Daily Trust reports that both Osinbajo and Tinubu were instrumental to Abiodun’s victory when he battled former Governor Ibikunle Amosun’s anointed candidate, Abdulkabir Akinlade in the last election.

Insiders said the duo expects loyalty and support from the governor who is now in dilemma.

Also, his cabinet members are divided as some are backing Osinbajo’s bid while others are in firm support of Tinubu.

A source close to the cabinet, however, said Abiodun has not given a directive to his aides on who to support between Tinubu and Osinbajo.

But Abiodun on Tuesday said Ogun would back Osinbajo, an indigene of the state from Ikenne in Ikenne LGA.

He said the support would enable him to continue with some of the laudable projects of the President Muhammadu Buhari-led’s administration.

Abiodun said Osinbajo in the last seven years, has contributed to the many successes recorded by the federal government, noting “He is eminently qualified to lead the country”.

The governor, who extolled the VP’s academic exploit, recalled how he stood behind his gubernatorial election and described him as a man who is interested in fairness, justice, equity and the rule of law.