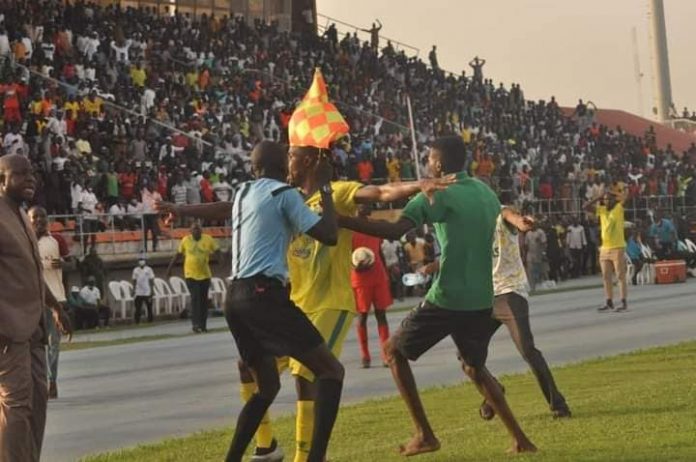 Kano Pillars football club return to their home ground of Sani Abacha Stadium at Kofar Mata in Kano, on Sunday was coloured by unpleasant events as their match was abruptly brought to end due to pandemonium.

Things came to a head when restless crowd started hurling stones and other objects into the stadium while the match was ongoing.

The referee subsequently halted the match. 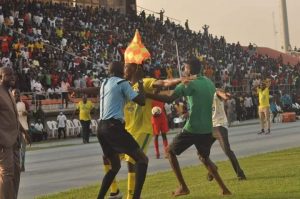 The players, especially those of Katsina United narrowly escaped into the dressing room as the crowd stormed the pitch and attacked spectators.

An official vehicle, a luxury bus made of Katsina United, was damaged.

In a letter dated April 12, 2022 and signed by the Chief Operating Officer, Salihu Abubakar, the LMC granted the provisional clearance pending the commencement of replacement works on the playing turf.

Prior to the commencement of the 2021/2022 season of the NPFL, the LMC had turned down Sani Abacha stadium due to its poor playing surface.
Kano Pillars then adopted the Ahmadu Bello Stadium, Kaduna as their new home ground.

However, the club management had written on April 1 to inform the LMC that the Kano State government had made funds available for the bad pitch to be replaced.