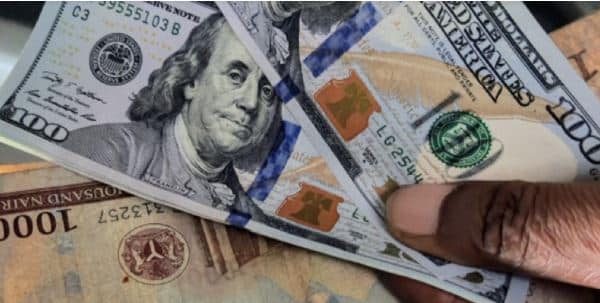 The dollar continues to gain with Naira experiencing a massive fall at the Aboki black market.

Pampamnews reports that the Nigerian official currency, the naira has continued to fall massively at the parallel market better known as the black market, approaching N600/$1 dollar to naira exchange rate in black market.

This online news platform understands that as of Tuesday evening, the naira exchanged at N590/$1 as against the exchange rate of N570/$1 it has stood for several weeks at the parallel market known also as the Aboki black market.

Newsone reports that financial experts at the Bureau De Change (BDC) market in Lagos stated that the naira to usd exchanged at N590/$1, failing to maintain the N570 position of 1 dollar to naira it stood for weeks, months after USD to naira exchanged for N530/$1.

Players in the parallel market better known as the black market bought a dollar at N585 and sold for N590 on Tuesday evening, April 5, 2022, with Bureau De Change operators interviewed by Newsone reporter suggesting that the naira might hit N600/$1 at the parallel market any moment from now.

The exchange rate between the naira to dollar and dollar to naira on Tuesday evening showed that the Nigerian official currency, the naira has fallen against the United States dollar months after a steady rise which saw it gain over N25 since it fell to its lowest of N575 to a dollar on September 20, 2021. 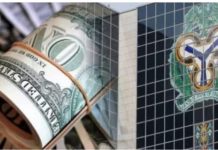