Bamise Ayanwole was leaving work on February 26 when she boarded a Bus Rapid Transit (BRT) vehicle heading to Oshodi from Chevron bus stop. Ten days later, on Sunday, her mutilated corpse was found. Her last known message was sent from within that bus, driven by a certain ‘Andrew Nice Omininikoron’.

Bamise, the last of her parents’ 10 children, worked around Chevron in the Lekki area of Lagos. After work, around 7pm, she walked down a street towards the bus stop to get a bus, as she did every other day. On this day, she planned to visit Pelumi Caleb, her elder brother who resides around Idimu, for the weekend. She had told him days before that she might come visiting but she planned the visit as a surprise.

“She left her office at Chevron before 7pm,” Pelumi told FIJ on Monday. “She usually walks to her bus stop. But then, what transpired happened between seven and seven-thirty something. She got to her bus stop, that’s Chevron bus stop. On getting there, she saw a BRT bus. Maybe she had the card, I don’t know. But the BRT bus stopped to pick her up.”

A BRT vehicle stopped by the road as she waited for a bus to board. Andrew, the BRT driver, asked Bamise to board the bus as he was heading to Oshodi. Bamise agreed; two buses from Oshodi would get her to her brother’s neighbourhood.

A SENSE OF FOREBODING AND ASUSPICIOUS BRT DRIVER

According to Pelumi, on boarding the bus, Bamise realised she was the only passenger; the driver asked her to sit at the back. After some time, she felt uneasy. The driver stopped for no passengers and kept driving. Bamise then decided to notify her friends of the strange situation she found herself in. She was able to send voice notes, videos, and pictures to her friends through WhatsApp.

“The driver said ‘oh fine girl, I will try and carry you. Only you, I will not pick another person’. So, she just hopped in. Then she said, ‘why are your lights not on?’ He said ‘Don’t worry, just go and sit at the back’.

You may also like: 2023 Election: Buhari’s Choice for President Revealed — Not Tinubu Or Osinbajo

“Getting to the back, she noticed that for real the guy did not pick another person. So she started feeling uneasy, having told her friend, her colleague at work, that she was coming to my own house, that she wanted to pay me a surprise visit, that she didn’t want me to be aware that she was on her way,” Pelumi said.

“So, she was chatting with her friend with voice notes. On getting to the back of the bus, she informed her friend. She first snapped the inner part of the bus, that picture captured the number of the BRT. then she did a video, a short video. She zoomed in.”

BAMISE AYANWOLE VOICE NOTE: ‘I’M SO SCARED, MY MIND IS NOT AT REST’

A few minutes later, the driver eventually stopped at one point to allow three persons – a woman and two men – to board the bus. After expressing her fears with her friend, she agreed to alight as soon as possible at Oworonshoki. Her friends began to text and call her but noticed she was speaking with a completely different tone. Her phone was later unreachable.

“She questioned if BRT buses allow passengers to board at that area and why other passengers were not allowed to board. Then later, her colleague asked her to alight,” Pelumi told foundation for investigative journalism (FIJ)

“So, Bamise said that when she gets to Oworonshoki she would tell the driver to let her alight. After some three minutes, three passengers were allowed to board the bus.”

Some of Bamise’s friends thought her phone ran out of battery charge but were shocked when her siblings and parents confirmed that she did not get home on Sunday. Her elder brother and friends began a search for Bamise at the Oshodi BRT park Terminal 3 where the BRT vehicle that drove her the previous night was parked. They met the bus but not the driver.

“By Sunday morning, Bamise’s friend called one of my brothers to ask if she got to my place. So, Daniel, my younger brother, called to ask about Bamise’s whereabouts. I said I didn’t know, although she had called me on Monday or Tuesday that if she got money she would visit me.

“My brother told me to find out, because I wasn’t around. I called home and they told me that nobody was inside. So I told my brother not to worry, that Bamise might have gone to a friend’s place. She’s not a kid, she will come back home.

“Bamise’s friend then said that no, that couldn’t have happened because she didn’t have any boyfriend or acquaintance to go stay with. Again, she said some voice notes that Bamise sent to her were proof she wasn’t comfortable inside the BRT she boarded. Then I told the friend to forward the voice notes to me. When she did, we knew there was a problem.”

Pelumi and a few others went to Bamise’s her office in Lekki, Ajah, to get more details and make a report. The following morning they went to a police station to lodge a formal complaint, but the police told them the incident did not happen in their jurisdiction.

“Go to another place, go to Akinpelu,” Pelumi quoted the policemen as saying.

“Then we went to the terminal. We met some guys, we met one Mister Raphael who did not know that we were doing a recording of our conversation. In Raphael’s submission, the driver of the exact BRT was on his way and would be around by 2pm. He claimed that Bamise had actually gone to see a male friend to have fun and there was nothing else to it.

“We were not comfortable with his response. By 2 o’clock, we did not see the driver. Raphael said that we should give him more time, that he was on his way. After a while, Raphael stood up and left. I thought he was going to his office to see a driver but we did not see this Raphael again. He did not come down to attend to us again. All efforts to get to him through his colleagues proved abortive.”

MISSING PERSON? ‘AND SO WHAT?’

When Bamise’s people insisted they were worried about a missing person, the BRT officials responded: “And so what?

“They told us to go get a police report,” Pelumi said. “I asked them to let us see the CCTV footage of what happened during that time, they said ‘who are you to come and request for a CCTV footage?’ I then informed them that I am Bamise’s brother. They insisted that I leave and get a police report first. We went to Mafoluku Police Station, but they were complacent again. Nothing happened.”

The bus Bamise boarded was on the premises of the Lagos Bus Service Limited (LBSL) office in Ilupeju but the office has claimed that social media exposure will jeopardize the investigation into Bamise’s abduction.

Andrew, the BRT driver, reported to duty after Saturday but disappeared into thin air after word went round that Bamise’s friends and family were at the bus terminal. Bamise’s relatives were referred to the police afterwards, but they got unsatisfactory responses from different police stations. The police would eventually claim to have gone to the driver’s house just to discover he no longer lives there. Andrew’s phone has been switched off ever since. Andrew’s guarantor initially denied knowing him but later admitted being his guarantor after he was interrogated by the police.

“Andrew came to work on Monday, but he was tipped that we were looking for him, so he dissappeared,” Pelumi told FIJ.

“We lodged our complaint around 3pm then left. Andrew came in after 4pm. We have gone to Jakande police and tabled the case there. As we speak, the driver is at large. They traced the guarantor’s house but found out that he only squatted there; it is his elder brother that owns the house. We put a call through to the said guarantor and he said he doesn’t know anybody called Andrew. He later said that he did know Andrew but he signed as a guarantor for him.

Bamise’s brother confirmed her demise on Monday morning after a tweet was released to reveal the discovery of her body.

Update: Bamise's brother was at Ebute Ero Police Station this morning to confirm and when he was shown the picture of the body, he affirmed that it was his sister's. He's on his way to the mortuary to identify the body. pic.twitter.com/u7KxyEAmWK

“I have seen the said post and it is my sister. I’m with our parents but they don’t know anything about it yet,” Pelumi told FIJ.

“The case is under investigation at the state CID,” Ajisebutu told FIJ. “We are not keeping any personal details away from the public. We try to abstain from making comments capable of jeopardizing our investigation. We surely are focused.”

The Management Lagos Bus Service Limited and the Lagos State government are yet to release an official statement on Bamise’s death as of press time.

This story is a publication of foundation for investigative journalism 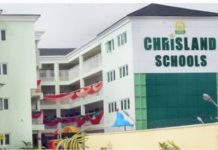