Former Nigeria President, Olusegun Obasanjo says Nigeria must conduct a free, fair and credible election in 2023 if the country does not want to witness balkanization.

Speaking at the symposium organised to mark his 85th birthday at the Olusegun Obasanjo Presidential Library, Abeokuta, the former president said rigging of 2023 elections could usher in cessation of the country’s existence.

The former President noted that Nigeria as a nation is at 25 percent and all hands must be on deck with everyone contributing their quote in order to rescue the country from the brink of collapse.

“I mean Nigerians from all walks of life and leaders in other aspects of the civil society.”

Obasanjo warned that all is not well in Nigeria and that as long as leaders keep doing the same thing, nothing will change.

2023: Tinubu Reveals Who He Will Hand Over To If Elected President

Obasanjo on manipulation of election results since 1999

He added that the collapse of Nigeria will be a colossal disaster for humanity. He noted that there has been conscious and deliberate effort to undermine the integrity of our electoral system as elections hard reflect the people’s choice.

“If the drift is not halted, the remaining 25 percent of Nigerian nation will be dissipated in no time and Nigeria will not be a country but countries and will never be possible to be a nation again. That will be a monumental tragedy for Nigeria, Africa, the black race and humanity,

“Since 1999, we’ve changed from one political party to another, we’ve manoeuvred and manipulated to the point that election results are no longer reflections of the will of the people and we seem to be progressively going back rather than going forward politically, economically and socially.”

Obasanjo warned that if “Nigerians have activities without required actions and personnel to move us forward and continue in this same pattern of recycling, sweet-word campaigning, manoeuvring without substance of integrity, honesty, patriotism, commitment, outreach, courage, understanding of what makes a nation and what makes for development, we will soon have to say goodbye to Nigeria as a nation.”

I made mistake picking Atiku as my vice in 1999 – Obasanjo

2023: Why Nigerians Should Not Vote Atiku, Saraki, Tambuwal, Others – Obasanjo 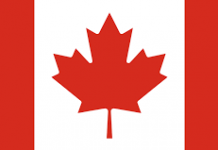 Canada Has Been Rejecting Too Many Visa Applications From Nigeria. Here’s why

Shehu Sani: What Obasanjo Told Me When We Were Sentenced To Life Imprisonment