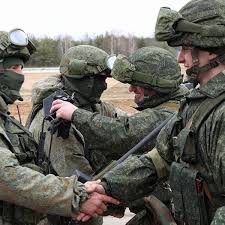 Ukraine has opened a recruitment program seeking to draft foreign nationals into its military in order to boost the numerical strength of its troops in the ongoing war with Russia.

The development was contained in statement by the president of Ukraine, Volodymyr Zelensky, on Sunday.

In the statement, Zelensky beseeched citizens of the world not to abandon Ukraine in the ongoing war with Russia.

Zelensky, while lauding the resolve and bravery of Ukrainians for defending their country, slammed Russia for killing civilians and hitting critical infrastructures.

“All citizens of the world, friends of Ukraine, peace and democracy,” Mr Zelensky said. “Anyone who wants to join the defense of Ukraine, Europe and the world can come and fight side by side with the Ukrainians against the Russian war criminals.”

The statement added that those who wish to join should contact the Defense Attache of the Embassy of Ukraine in their countries.

Ukraine, in the statement, noted military regulations that acknowledged the right of foreigners to join its Armed Forces for military service under Contract on a voluntary basis.

Meanwhile, the United Nations High Commission for Refugees says over 150,000 people have fled Ukraine since Russia’s assault began on Thursday.

UN High Commissioner for Refugees, Filippo Grandin, said in a tweet on Saturday that half of all Ukrainian refugees had crossed into Poland, and many others have gone to Hungary, Moldova and Romania.

United Nations aid agencies had earlier warned that fuel, cash and medical supplies were dwindling in Ukraine, which could lead up to five million people fleeing the country. 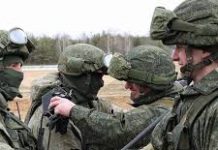 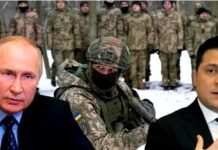 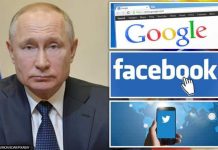 Why Emigrating To Ukraine Appeals To Nigerians Despite Language Barrier