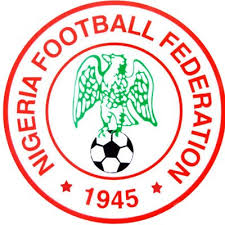 The Nigeria Football Federation, NFF, has announced the appointment of new coaches for the Super Eagles.

The country’s football governing body retained Austin Eguavoen as the coach of the Super Eagles.

Eguavoen took the Super Eagles to the just-concluded Africa Cup of Nations in Cameroon where they crashed out after losing to Tunisia in the round of sixteen.

The latest development means NFF has rescinded the initial condition it gave to make Eguavoen the Super Eagles job permanently.

You may also like: 2023 Election: Buhari’s Choice for President Revealed — Not Tinubu Or Osinbajo

Why We Didn’t Release Odion Ighalo For AFCON – Al-Shabab

NFF president, Amaju Pinnick had hinted that Eguavoen could keep the job if he leads Nigeria to glory in Cameroon.

Pinnick said there was no doubt about the capacity of Eguavoen to manage the national team excellently, he, however, said Eguavoen will play more important role in the technical department.

“If Eguavoen won the Cup of Nations, we might have a rethink. In that case, the foreign coach would become the technical director,” the NFF boss told AFP.