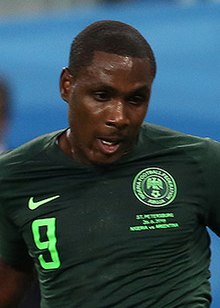 Saudi Arabian club side, Al-Shabab have cleared the air on the controversy surrounding the absence of super striker, Odion Ighalo, from the squad for the 2022 African Cup of Nations in Cameroon.

The former Watford forward was conspicuously absent from the team even though his name is among the 27-man squad for the flagship continental African tournament.

Not much was known about the details of his refusal to join the team, with many analysts attributing the development to the penchant of foreign clubs to treat AFCON with scorn and scant regard, hence always looking at ways to stop players from representing their countries during the tournament

The Super Eagles are already in Cameroon where they will be taking on Egypt in their first game on January 11.

However, speaking on the imbroglio, Al-Shabab debunked reports that its blocked Ighalo from joining the team, adding Nigerian football authorities should be held responsible for the player’s inability to join the team

Al-Shabab Director of Professionalism, Majid Al-Marzouki, disclosed this when he appeared on a local television channel, Al Arabia.

Al-Shabab said they did not release the player because the NFF didn’t adhere to FIFA regulation in sending invites to players.

According to them, the club received the invitation letter later than the period stipulated for sending players’ call-up letters.

“We did not prevent the player from joining, but his invitation letter did not reach us within the period specified by FIFA for receiving the players’ call-up letters,” the club said.

“The FIFA Player Status Regulations stipulates that the local federation must notify the player and his club in writing of his summon 15 days before the start of the tournament, and it is advised to send a copy to the local federation of the club as well, which did not happen, and accordingly the coach told us that the player continues with us and will not join his team.

Al-Marzouki disclosed that the middle east nation football club was not in talks with the Nigerian football Federation, noting that Ighalo had come to terms with the reality of the situation and “the situation is settled”. 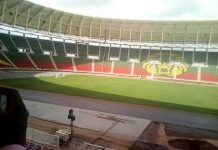 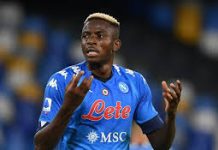