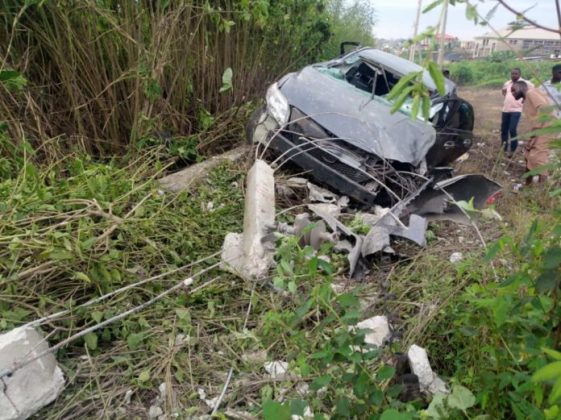 The incident which took place Tuesday evening has left one person dead while three others are unconscious.

Giving an account of the incident, an eyewitness said: “The boys were chased from Osogbo mall to Fakunle area of the town.

The witness said, “The accident happened a few hours ago at Ofatedo, very close to the Osun River on the Ona Baba Ona road. One person died on the spot while three guys are at near-death injured.”

The witness said the victims had been rushed to a nearby hospital.

A video sighted by PamPam News shows youths taking to the streets of Osogbo to protest over the death of the suspected Yahoo boy.

Watch the video of the SARS Operatives and Yahoo Boys below…

One dead and three others seriously injured after SARS reportedly gave alleged yahoo boys a hot chase in Osogbo pic.twitter.com/bKoAuO8UCg

Tonight brutalities committed by @PoliceNG SARS unit in Osogbo. If @MBuhari will keep mute, God will reign hot justice on them pic.twitter.com/tQHI8NeVDQ

Happened a couple hours ago at oke fia – Alekuwodo.