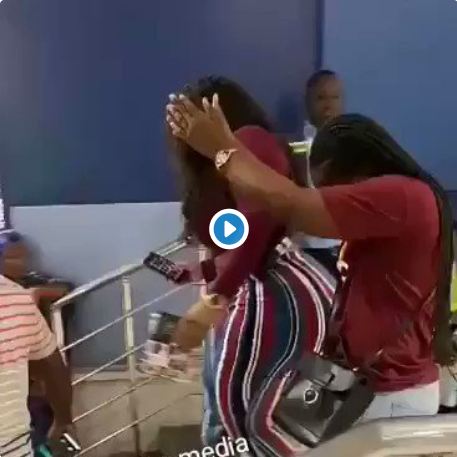 There was confusion at the Kotoka International Airport in Ghana when a woman with a huge ass entered the terminal three passengers lounge.

PamPam News reports that the yet to be identified woman wore striped colorful trousers which were tightly fitting with her huge ass protruding from her behind and profusely shaking with each step she takes while wearing high heeled shoes.

All manner of persons flooded the scene with most of them men with shouts of surprise which time was a bit embarrassing. They also could be seen in the video, taking shots of the woman.

On the other hand, the woman never lifted an eyelid as she continued walking majestically to wherever she was going while others pulled their phones to capture her huge buttocks.

Watch the video below…

Since Toto don get age😂😂 how old do u think this Toto is🤔🤔🤔🤔 pic.twitter.com/RxjuyOqVZQ